(Note: I’ll write about going in and working in the ETU in a little bit, but I thought I’d share this recent update with you)

I had just finished a 13 hour shift working at the ETU, we had given report and handed off all information to the incoming shift. Myself and another nurse were just waiting for a ride, and I (being in a post 13 hour shift gregarious state) start talking to one of the drivers.

He’s about 6’2 and built like a tank. Instantly I miss the gym, picking stuff up, and putting it down (repeat).  He’s friendly enough, he’s wearing a blue International Medical Corps shirt, with a IMC vest and sunglasses.

“Sunshine?” I ask my head tilting like a three month old chocolate Lab.

“Yes,” He smiled, his hands waving in front of him, “Like the sun, it shines? My name is sunshine.”

He seems friendly enough, and my mind banks it with all the other meet and greets I’ve had recently. Sunshine only difference was the fact he was a tank, and since the end of the civil war – you don’t see a whole lot of tanks in Liberia.

He was also well liked, I remember hearing some jokes between Sunshine and our supply guy about having a pushup and pullup contest.

Well, let’s fast forward a few days. Our chief medical officer comes in one morning fuming.  He’s very upset, and talking more with his hands than he normally does.

It turns out our resident Sunshine was never in fact a driver for IMC. He had buffaloed his way into the job, he never had an interview, someone gave him the IMC shirt and gear, and he had just started driving people around. He had no license, and was a convicted felon in the United States who was deported back to his Native Liberia.

Well if this wasn’t enough, it turns out he had stolen an IMC car and crashed it into a tree.  (In my head, I like to imagine Rage Against the Machine playing while he does this).  He was hurt and sent to the hospital.

Where he proclaimed he would be suing IMC for the medical costs incurred upon him from the hospital.

Were all a bit stunned. He had been a pretty likeable guy, I wonder why he had done it?  It’s the main topic of discussion for a few hours, but slowly it fades into the past, another quirky news story at the ETU.

A couple days later I work a night shift, come home and sleep violently.  I’m awoken by two of our doctors coming into the guest house in scrubs and their gumboots.  I look at the clock, it’s only 3:00 PM, they’re supposed to be working till 7:00 at the earliest.

They sit us down and tell us what happened-

The story of Sunshines return to the ETU.

Apparently disgruntled at his prospects of a successful lawsuit against IMC for stealing one of their cars and wrecking it, he decides to return to the Ebola Treatment Unit.  In America in a situation like this, a disgruntled employee might go confront of his boss, or make a, “Whose coming with me man?! Whose coming with me?!” speech.

Not Sunshine, Sunshine has a better idea, Sunshine is going to take matters into his own hands.

He rushes the waist high orange fence in the Confirmed ward and leaps over it. 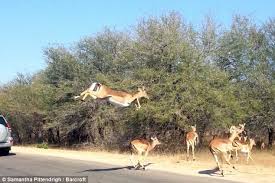 Sunshine has just placed himself voluntarily into the confirmed ward of an Ebola Treatment unit.  All the staff start freaking out, and they pull everyone out of the unit, one of the Liberian PA’s inside draws up a syringe of Haldol to put Sunshine down if he assaults him, but the risk of getting your mask or suit torn during a confrontation with a angry Liberian tank and being exposed to Ebola is high, so he retreats with the rest.  The whole compound- save for 5-10 people are evacuated and sent home.

The police are called, but don’t have the training/refuse to don PPE and go into a confirmed Ebola Ward. I can’t say I blame them.  We send in our pyscho-social lady in to try to talk him out. She’s in full PPE -turns out he had laid down on one of the empty beds and taken a bit of a nap. The sleep- combined with her negotiating skills convinced him to take a chlorine shower, change clothes and give himself up.

The whole affair leads to afternoon fluids/meds for the patients being skipped, and we get to clean up all the mess during night shift.

They send sunshine to the hospital to be quarantined for a few days, and we all breath a sign of relief that its finally over.

The next day we get the news that Sunshine broke out of the hospital quarantine, and headed back to the College campus (Where we all live) Where he broke into his dorm room  and –

Took a nap for a couple hours.

He woke up, lazily stretched after his nap and took off, he was spotted later that day drinking a soda on a bench somewhere on campus. We currently don’t know where he is, if he’s infected,  or where he plans to nap next.